“Emergence” is an ugly buzzword for a truly magnificent concept that is central to our vision for Loomio. Jeffrey Goldstein defines emergence as “the arising of novel and coherent structures, patterns and properties during the process of self-organization in complex systems”.

Emergent phenomena tend to arise when many individuals interact with their environment, without central control, in ways that are governed by simple rules.

There are lots of striking examples of emergence in nature.

According to Termite Survey, termites cooperate to build termite mounds with no pre-existing building plan, and no “queen” to oversee or coordinate activity. To build a single termite mound in an environment consisting of randomly-scattered wood chips, each termite in a group only needs to follow one simple rule:

If you find a chip

then pick it up

unless you’re already carrying a chip

in which case drop it [source]

This rules is applied iteratively: the behaviour of the individual affects the environment, which in turn affects the subsequent behaviour. This one simple rule, iteratively applied by a large population without central control, produces the ‘novel and coherent structure’ seen above.

This stuff is important because so many of the world’s big problems are due to unforeseen emergent phenomena. Environmental pollution, for instance, is not so much due to a few “bad people” that are spoiling the world’s air, land, and sea, but due to the combined effects of six billion humans following simple rules.

The same can be said for problems with economic systems: it might be tempting to blame the Global Financial Crisis on a few greedy or corrupt individuals, but a more useful explanation could be that the credit collapse was the result of the emergent properties of some of the simple rules of our economic system.

In a system where selfishness is promoted as a virtue, easy credit is encouraged by a large number of individuals without accountability, and boosting profits is the highest aim, you could replace every individual trader with a fresh ‘non-corrupt’ individual, and the same problems would soon emerge.

If we hope to genuinely address emergent problems, we need to look past the traditional ‘bad apple’ explanations and challenge the simple rules that give rise to them. This is a ‘grass-roots' approach, working from the bottom up to change the basic conditions that encourage these problems to occur.

Instead of perpetuating the current unsustainable situation, we can work towards building conditions that foster collaboration, long-term thinking, altruism, and positive outcomes that benefit everyone.

One of the things we’re doing in developing Loomio is testing out different sets of simple rules for group discussions to see what outcomes emerge. In group decisions, an ‘emergent’ outcome is a decision that’s better than any suggestion a single individual could have come up with on their own. This is the ‘magic’ that collective decision-making processes strive to achieve, and the reason that innovation is so closely tied to collaboration. We want Loomio to be optimised for emergent outcomes.

The first step towards improving outcomes is for the group to be made acutely aware of the ‘simple rules’ they’re using in their discussion and decision-making processes. Many groups default to an inappropriate process out of habit or tradition, without thinking about it critically. Loomio makes the group’s choices about their process explicit, meaning that it’s easy for the effects of small changes to be measured based on outcomes. 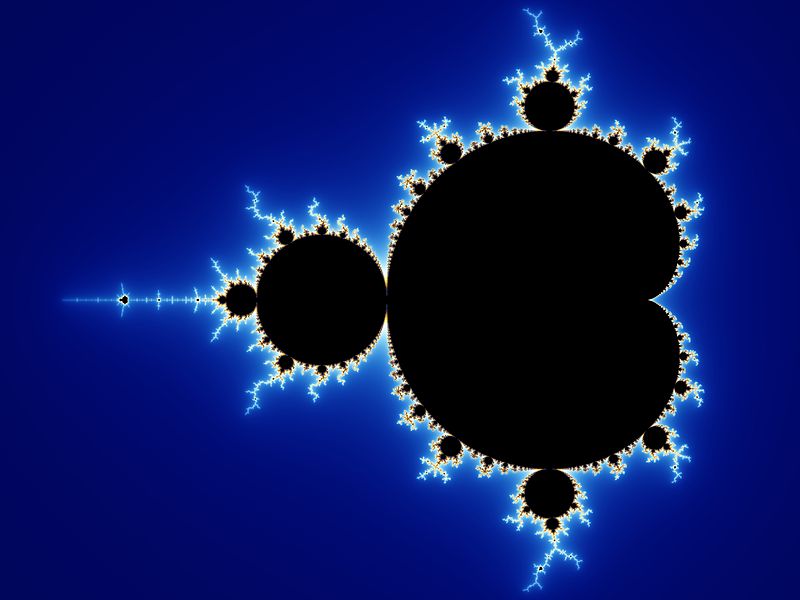 Emergence in the Loomio design process

Emergence tends to arise out of iterative processes. A mathematical example: if your ‘simple rule’ is zn+1 = zn2 + c, then the emergent outcome of iterating that rule many times is the Mandelbrot Set, shown above.

The Loomio design process is iterative in the sense that we are using the tool to make decisions about itself. For instance, anyone can suggest a feature and ask the group to discuss whether or not their idea is likely to improve the discussion. If the group decides the feature is likely to have a positive outcome, it gets implemented. If the feature is indeed beneficial to making decisions more productive, the next discussion will likely lead to better outcomes. These enhanced outcomes are continuously applied to the tool, leading to rapid, self-reflexive improvements.

One of the exciting things about this project is that the emergent outcomes are by definition unpredictable. At present, it’s not possible to fully imagine the future implications of the tool, so we’re building it to find out. Here’s some more brain candy if you want to find out more about emergence: